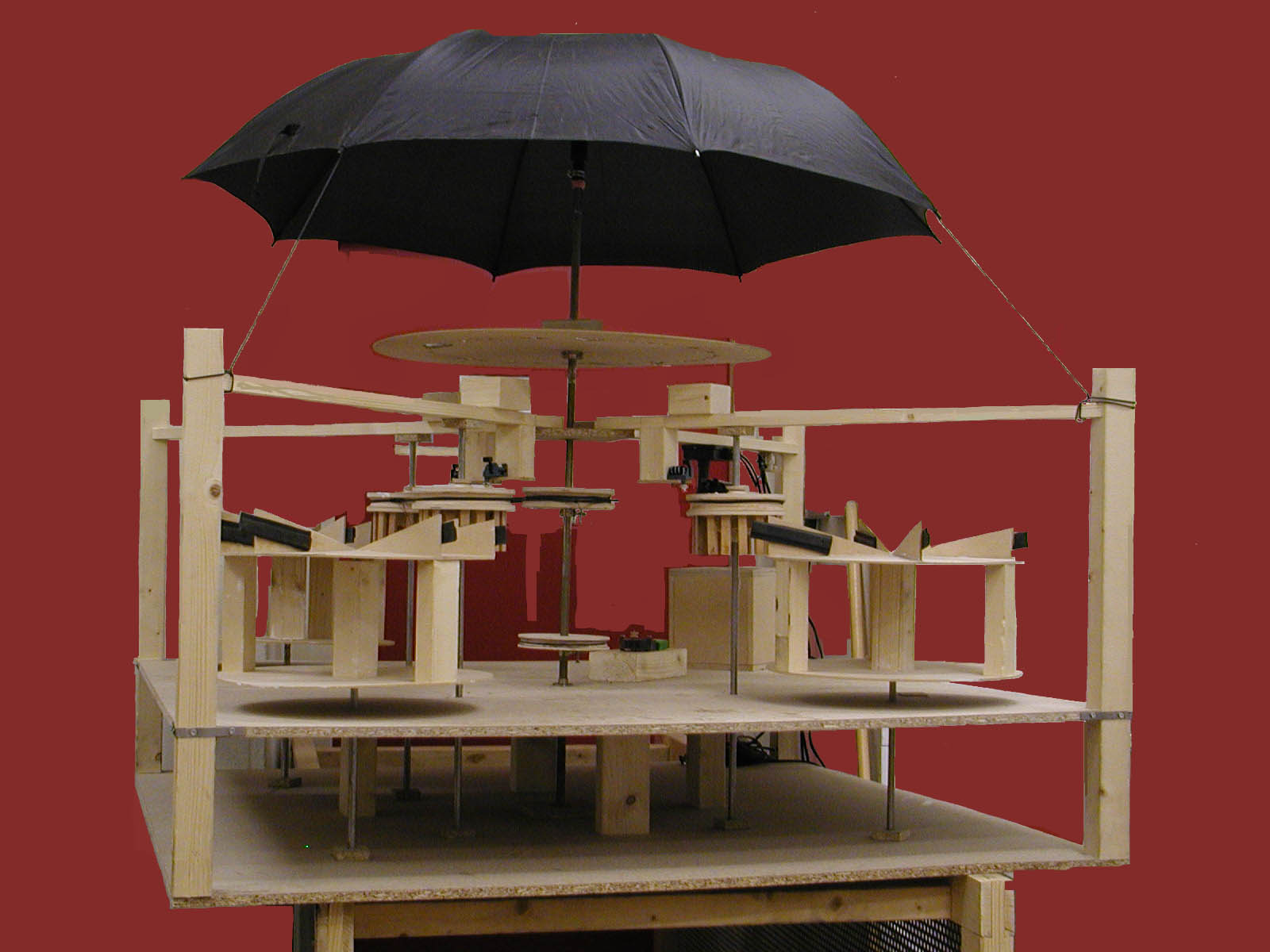 PRM is a mechanism that can covert real flowers to virtual flowers made of light.

Any input operates the machine to be able to operate resulting output of visible and invisible loops.

It can be connected to a performer and it can also be operated manually.
PRM has been performed at the Royal Academy in the Hague and presented in Paradiso in Amsterdam during the Sonic Acts festival.
A fully downloadable manual of the machine has been published for later use.

The Performance:
A human performer was connected to the PRM as a part of the mechanism.
We had a basket of flowers.
The spectator discovered the whole mechanism naturally.
They gave her flowers and per the received flower she started singing the flower.

PRM in wood has been destroyed later on and recycled but PRM as a mental device stays. The making process of the PRM produced its research, an own space and time for further discussion. Physicality was a tool aiming to awaken and extend a mental state.

An art condition required to be examined with its totality and thoughts that produced the mechanism became its material with itself a new nature.

making of the PRM: